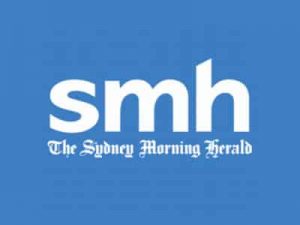 Australia has fallen to 60th in global internet speed rankings. If we fell to 60th in the Olympics medal tally there’d be a national outcry. Just a few years ago we were 30th in terms of average peak internet speed, which is a key measurement of broadband performance.

Within our region we came eighth (even New Zealand is two places ahead of us). Singapore, with whom we are destined to be in serious competition as an Asia-Pacific innovation hub, already has internet speeds 100 times faster than ours.

The bad news is delivered in the latest “State Of The Internet” report from content delivery network provider, Akamai. There’s some good news. Both our average and peak internet speeds have increased by 11 percent and 6.4 percent year-on-year, respectively. However, that’s a bit like kicking six unanswered goals in the last quarter of an AFL match when you’re 50 points behind. It might make a few players feel better but it still means you lost the game.

The latest Akamai report does not paint a pretty picture about Australia’s internet speed.

In any case, when it comes to a realistic analysis of our Internet service it’s not just about download speeds, it’s also about upstream speed, latency, reliability, value-for-money, and future upgradability.

Two weeks ago NBN executives appeared before a Senate inquiry. A week earlier the inquiry had been shown the new ‘skinny fibre’ that NBN has recently been trialling. Various estimates have put the cost of a full fibre to the premises network using this new technology substantially lower than the current fibre rollout. It is thought that soon, if not now, the cost of building a fibre network will turn out to be very close to the cost of continuing with copper.

This does not take into account the long-term advantages of building a fibre network from the beginning. As Internet Australia explained to the Senate NBN inquiry, once it is laid fibre has a virtually unlimited upgrade potential. The maximum speed that can be squeezed out of copper is limited, it can’t be upgraded without significant additional expenditure and wastage of sunk costs, and maintenance costs are high compared to the fibre alternatives.

Add the fact that NBN is a long-term national infrastructure play, and the fact that the copper-based services will be superseded and no longer fit-for-purpose in 10 to 15 years, and you just have to wonder why we are still heading down such an inferior pathway. The Snowy Mountains scheme, by contrast, is still delivering 50-plus years after it was completed because it was designed for the future, not just the next couple of electoral cycles. Likewise the Sydney Harbour Bridge built back in the 1930s.

Back at the Senate inquiry, it certainly did appear that while quite reasonably required to defend their current “riding instructions” the team at NBN are well down the track in their plans for using skinny fibre. What we really need now is for the government to change its official position and instruct NBN to adopt a fibre-based strategy with long-term sustainability in mind.

We need to stop arguing about the relative costs of fibre verses copper. All we are talking about now is when we spend the money because we will eventually have to replace the copper wire.

We are supposed to become an innovation nation, but we are already significantly constrained without competitive broadband.

This week ABC’s Q&A program focussed on innovation, with the Liberal’s Wyatt Roy and Labor’s Ed Husic in furious agreement that we need to change our business culture and support the nascent start-up communities emerging in each of our capital cities and in regional centres.

How can we become a leading player in a digitally-enabled global world if we don’t build a 21st Century broadband network?

(Laurie Patton was CEO / Executive Director of Internet Australia, the NFP peak body representing the interests of Internet users, from 2014-2017. This article first appeared in the Sydney Morning Herald.)