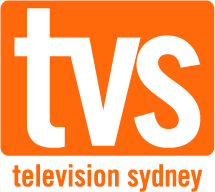 Right now we are seeing less and less Australian content on our television screens. The commercial networks are increasingly airing local sport rather than local drama to secure big audiences. Under a bizarre international trade ruling programs from New Zealand count as local content here. Netflix is under pressure in some jurisdictions to provide local content. But the reality is this will only ever be a small percentage of its overall offering.

Until it was killed-off by the communications department taking back its broadcast spectrum community television provided a wealth of diverse locally made content.

TVS (Television Sydney) is the station I created back in 2004 with the support of Western Sydney University. It recently shut down TVS figuring that without a free-to-air audience it would no longer be viable. Other community stations have also folded, while some have struggled on by attempting to create an online presence.

According to communications minister, Senator Mitch Fifield: “Spectrum is a scarce and valuable community resource which the Government needs to manage in a way that delivers best value to the Australian public”. What better use could there be than to ensure locally grown content can be seen by everyone?

Fifield maintains: “The Government continues to examine the potential options for using the vacated broadcast spectrum”. In other words, his departmental officials don’t actually have a need for it but they’re looking for one rather than let it stay with the communities. They’ve been notably unsympathetic to the sector as far back as the previous administration.

The irony is that community television in Australia was effectively established by the Coalition. It was former communications minister, Helen Coonan, who created what were called the “permanent” CTV licences back in 2003. Prior to this, the sector persevered with temporary licenses issued for 12 months at a time. The problem with such short term licensing was stations were unable to enter into long term agreements over vital things like broadcast systems, transmission facilities and programming.

The initial permanent CTV licences only provided for analogue transmission. With the impending switchover to digital television things again looked bleak for the sector. A lengthy simulcasting period, during which people progressively abandoned analogue, would have meant death by a thousand cuts. Despite active opposition from within his department, a new communications minister, Stephen Conroy, saved the CTV sector by allocating new digital spectrum – on the understanding that post the simulcast period the old analogue spectrum would be handed back. Conroy also secured an annual funding grant for each station: the first ever government subsidy for CTV.

Whereas Conroy stood up to his department I guess community television simply wasn’t a priority interest for his successor. Shortly after the change of government the department prevailed.

So why does this matter?

The argument in favour of community TV was, and is, that it provides a unique and valuable addition to the breath of programming available on our screens – at a time when local content is an increasingly endangered species. CTV was, and is, a great training ground and an entry point for people wishing to explore careers in the electronic media.

Walk into any TV studio in the country and the chances are somebody working there had their first go at a community station. The list of on-air people who started in community television is impressive: Rove, Corinne Grant, Hamish and Andy, Wil Anderson and Andrew Denton, to name but a handful.

When TVS was at its height, more than 200 not-for-profit groups and individuals toiled away each week producing a wide range of unique content: from culturally diverse programs through to shows featuring emerging talent, raw comedy and interesting if sometimes eclectic personal pastimes.

C31 Melbourne, our longest running and most successful CTV station, consistently highlighted the sector’s value – pumping out a huge range of programs for more than 20 years. Community TV flourished at C31 due to the amazing resilience of its supporter base and the commitment of its minimalist staff and volunteers.

The Al Jazeera news channel first screened on CTV, before being taken up at SBS and eventual inclusion in the rundowns over at ABC News. Salam Café, one of my personal CTV favourites, was the platform that launched Waleed Aly. The Marngrook footy show was immeasurably more interesting than the boof-head versions on commercial channels.

(Laurie Patton was the founding CEO of TVS (Television Sydney). He was also secretary of the Australian Community Television Alliance, successfully lobbying to secure digital licences and station funding since removed by the government.)