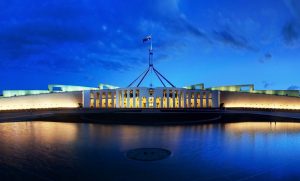 The ever-accelerating pace of change in the 21st century demands that regulators be quick on their feet. Science and technology move so quickly that the moment we’ve settled the regulations governing the latest emerging sector, circumstances change, requiring that we revisit the regulatory framework.

For example, the Internet has developed so quickly over the past two decades that governments have failed to keep pace with emerging problems regarding privacy, bullying and cybercrime.

We should learn from this when it comes to the approach of what will be one of our biggest changes in decades: the emergence of automated vehicles.

Driverless cars are not science fiction. They are coming.

Hundreds of trial vehicles are already on the road around the world, particularly in the United States and Europe, but also in Australia.

With change already beckoning, governments must think hard now about what changes, if any, need to be considered with regard to regulations in areas like liability, insurance and, most importantly, public safety. In Australia, we are not doing enough to face such challenges.

For instance, recent Senate Estimates hearings were told that Australia’s National Transport Commission is undertaking work that could make Australian non-compliant with the Geneva Convention on Road Traffic.

The NTC is responsible for advising state and federal ministers on issues to do with road rules and driver licensing. It creates model laws, which states and territories base legislation.

While the NTC is working on model laws concerning automated vehicles, it is not attending United Nations talks aimed at thrashing out an internationally consistent approach under the Geneva Convention on Road Traffic. That is a mistake. We must take a global approach and not isolate ourselves.

An important practical advantage of being a signatory to the Geneva Convention is that it allows Australians who travel to have their driver’s licences recognised in other nations.

However, if Australia reaches a position where our road rules are not consistent with the Geneva Convention, Australian licences might not be recognised overseas, which would inconvenience travellers.

Australia must be fully engaged with the international community on such matters. And since the experts are predicting autonomous vehicles could be available for use by 2020, there’s no time to waste.

We must prepare for what will be a transformation in transport. And in a globalised world, we must prioritise collaboration with other nations, not just for the sake of consistency, but also to pick up good ideas we might not have thought about.

It’s not just about driver’s licences. For example, while autonomous vehicles offer advantages of increased safety and reduced emissions, they will also displace people.

Hundreds of thousands of Australians drive cars and trucks for a living. The government should be working hard right now to consider how it can help people who lose their jobs to automation with retraining.

Yet the Turnbull Government is asleep at the wheel. It is cutting investment in training, reducing apprenticeships and gives little indication that it is thinking any further than the next election. It seems to operate according to the demands of the 1950s, when change occurred at a glacial pace and governments had ample time to anticipate its effects and plan necessary responses.

In the 21st century change happens fast. Governments must anticipate that change and get ahead of the curve.

Indeed, one of the biggest challenges for all governments in this country is to get better at managing change generally, not just in terms of regulation, but also in managing its effects on people.

Governments must accept that they have a responsibility to take a proactive approach in managing its effects, in the public interest.