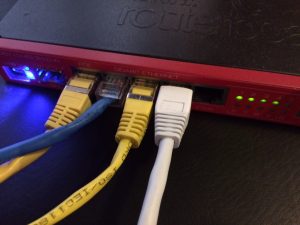 It’s time we did something about the ‘keyboard cowards’ – especially those who post false and/or defamatory comments on social media.

To fail to do so will open the Internet up to moves by governments to interfere in ways that have been successfully opposed since its inception, on the basis of arguments about free speech and freedom from undue state interference in people’s lives.

It’s a complex issue, but the laws that have traditionally protected people from damaging defamatory comments must be extended to the online world or they might as well not exist!

The paper noted that Stokes recently mounted a four-year-long defamation case against an online blogger, quoting him saying: “Everyone is vulnerable to nefarious material being published about them… It is time for governments to act to protect their citizens, creating similar laws that traditional publishers and broadcasters comply with every day”.

The Sydney Morning Herald has previously revealed a push for an overhaul of Australia’s defamation laws. The New South Wales Attorney-General Mark Speakman is quoted saying the laws need to be “more tech-savvy”.

This might not make me popular with the purists at Internet Australia, which I ran for three years up until late last year, or those at its global parent the Internet Society. But the fact is, it’s time we cleaned up the Internet.

For too long well-meaning ‘geeks’ have protected their beloved invention – arguing it should not be controlled by governments or other third parties. While a fine principle, this is simply no longer a plausible or viable proposition given the state of things. Unless, of course, the Internet fixes itself.

If someone with Stokes’ power and influence can be a victim of online sledging, what chance does anyone else have?

It’s hard enough seeking redress when the perpetrator is an identifiable individual. Much more difficult when comments are posted anonymously on someone else’s site.

This past week a certain Australian online IT journal resorted to culling false and defamatory comments on an article that had clearly stirred up the emotions of several keyboard cowards who decided to vent on me and others with whom they disagreed.

Earlier in the year, another local online publication had to be forced to delete a reader comment in which the spouse of a prominent politician was falsely described as a convicted sex offender. At first the organisation tried to argue it wasn’t responsible for comments others posted (anonymously) on its (unmonitored) website.

Winning a defamation case against a traditional print publisher can be a pyrrhic victory if the offending material stays posted and forever readily accessible online to any nut-job or malicious party dredging it up for whatever purpose.

As a start, we should question the right of people to post anonymously.

What’s also needed, in my opinion, is a process that totally and permanently erases false and defamatory material. I’m not technically qualified to propose how this should occur, but having discussed the matter with some who are I believe that while it would be difficult, it is possible. And it would be better if it came about as an initiative of groups like the Internet Society rather than risking overreach by politicians.

It’s costing taxpayers hundreds of millions of dollars to fund the activities of law enforcement agencies trying to deal with the Dark Web – a place where you can buy almost anything, including military grade weapons, drugs and even people, if you know how to use it.

People targeted by online sledging are suffering mental illness and some are even taking their own lives.

Australia’s courts are currently dealing with a steady flow of cases under new Internet site-blocking laws claimed to be designed to deal with so-called “Internet piracy” – the unlawful downloading of copyrighted material, mostly films from the Hollywood studios.

Internet Australia has argued that site-blocking is unnecessary and unreasonable. Even former prime minister Malcolm Turnbull has argued that the best solution to Internet piracy is for the rights holders to make their content more easily available and less expensive.

What’s more, these laws would not be necessary if the Internet was better (self)managed. Rather than play ‘whack-a-mole’ trying to cut access to these pirate sites at the ISP level the sensible approach would be to close down their operations at the source. However, this would require international cooperation and agreement to intervene in the Internet’s fundamental workings to an extent that has hitherto been strenuously resisted.

Perversely, the Internet is not actually ‘run’ by anybody. By general consensus various people and organisations around the world cooperate to make the thing work. Even the ultimate standards setting body – the Internet Engineering Task Force  – has no power to enforce its voluntary codes and standards.

About two years ago, under what was called the IANA Stewardship Transition, the United States officially ceded control of the Internet to a so-called global multi-stakeholder group. However, there are now rumours it wants control back.

America was never officially given authority to run the Internet. It just took on that role and everyone else happily went along. But, of course, the US never really controlled the Internet in any case. It has always operated like a hydra-headed monster. Perhaps now is the time to tame the monster? However, we can only fix the problems infecting the Internet through unified global action – preferably achieved by consensus.

And before anyone starts talking about ‘press freedom’ or the right to comment, defamation has never been acceptable and it shouldn’t be allowed over the Internet. Nor should anonymous sledging.

For the avoidance of any misunderstanding, I’m not necessarily calling for a change to the basic Internet architecture (that’s not my expertise), or for the imposition of an overarching control entity. However, this rather technical article notes that one of the engineers who built the Internet in Australia reckons it is a “screamng car wreck”.

I’m simply focusing on two issues. Firstly, the unarguable damage and hurt inflicted on our fellow human beings by people misusing the Internet. Secondly, the risk that if we don’t do something collectively we risk attempts by governments to interfere / intervene with draconian measures in response to our failure to recognise and respond to the problems I’ve identified in this article.

In November 2018, legal bureaucrats from around Australia agreed “to discuss potential changes to the defamation landscape”. This article contains arguments for changing the law to take into account the new online world.

Not entirely on the subject, but this quote is from one of the Australia’s Internet pioneers: “The Internet is now a toxic wasteland that glows in the dark!”.

A NSW Supreme Court judge has found media organisations are liable for allegedly defamatory comments made by third parties on their Facebook pages.

As this article reports Google is facing a contempt of court charge for ignoring an order to remove defamatory comments about a prominent Sydney businessman.

(Laurie Patton was CEO / Executive Director of Internet Australia (a chapter of the global Internet Society) from 2014-2017. IA is the NFP peak body representing the interests of Australian Internet users. On its behalf Laurie spearheaded a campaign for #BetterBroadband and frequently pointed to flaws in the Internet site-blocking legislation.)