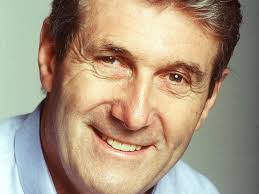 Walker was running a very high profile campaign against corporate crime (I lost count of how many speeches I wrote for him on the subject). The collapse of booking service Computicket was the subject of huge media attention at the time.

Among those most pleased to see Harry convicted were the ‘big end of town’ investors who lost money through their ill-fated involvement in Computicket. If anyone was after Harry it was his former mates!

That said, he paid his debt to society and moved on. We last spoke while waiting for our luggage at the Qantas carousel after a flight to Melbourne for a Swans AFL Grand Final. The ‘Bloods’ won!